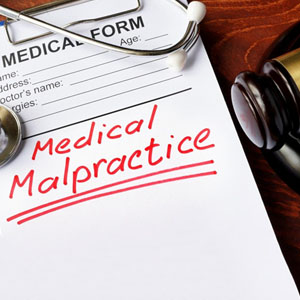 In this article, you will learn:

What Are The Different Medical Laws In Florida And Are They Hard To Prove?

The Florida Medical Malpractice Act requires you to prove that a medical professional deviated from the standard of care and didn’t provide adequate care to you or your loved ones. Medical malpractice can be very difficult to prove.

A study found that 80% of medical malpractice cases that go to trial end with a verdict in favor of the defendant. These are very difficult cases to prove, which is one of the reasons why most law firms are very selective in the cases they choose to take.

Who Exactly Is A Medical Malpractice Claim Brought Against? Who Could Be Liable For My Injuries?

A medical malpractice claim can be brought against anyone who is liable for your injuries, such as…

What Exactly Will Help Your Case If Evidence Or Proof Is Limited? Does That Mean That You Don’t Have A Case?

The evidence that will help your case would consist primarily of…

If that evidence or proof is limited, insufficient evidence usually results in either not filing the case or a dismissal of the case after the plaintiff has completed its introduction of evidence. The case can also be reversed on appeal if that isn’t granted at the trial level.

If You Signed A Medical Consent Form, Can You Still File A Medical Malpractice Claim?

Yes, even if you signed a medical consent form, you can still file a medical malpractice claim. Medical forms, like anything, are subject to scrutiny to determine whether your signing was done knowingly, voluntarily, or intelligently. You can also scrutinize the signing of the consent form to determine whether it was legal for you to be able to sign away certain rights.

Being able to waive the standard of care is something that would essentially be against public policy, so all medical consent forms are subject to scrutiny

What Damages Are Available To The Injured Parties In A Medical Malpractice Claim In Florida? Is There A Cap On Settlement Amount?

In Florida, there are monetary caps to non-economic damages, which can include…

Those are what we call subjective losses that come from a defendant’s malpractice. Non-economic damages actually apply to medical practitioners which are cases of errors by doctors or other providers. The cap for non-economic damages, per Florida’s statute, is $500,000 in most cases and goes up to $1,000,000 if the malpractice caused death or a vegetative state.

In cases of non-practitioner defendants, the law caps the non-economic damages to $750,000. There’s case law, though, that suggests that a cap set by the statute is unconstitutional.

Do You Have A Case That You’ve Ever Handled In Medical Malpractice That Moved You A Bit And Got You A Bit Emotional But At The End Of A Case, You Had A Good Result Out Of The Work That You Did?

There was a medical malpractice case that I once undertook that was particularly emotionally difficult. The medical professional didn’t allow the option of having a hysterectomy and, instead, proceeded to remove fibroids that were more numerous than expected prior to opening the patient. This led to the woman’s wrongful death.

The woman and her husband were having the procedure in order to have another child, but the unfortunate result of medical malpractice stole a wonderful wife and mother from her husband and young daughter. While we were able to win the case and ensure that her daughter would be taken care of for the rest of her life, there’s simply no true recovery from the loss of a loved one.

People are permanently injured, damaged for life, by the loss of their loved ones. There is no true compensation for medical malpractice when it involves a wrongful death. The only way that the law allows for people to be compensated is financially and while we’re glad to be able to make sure that her daughter is able to grow up and the husband is able to move forward with the financial benefit, we know that they’ll never fully recover from such a substantial loss. And that, more than anything, is always heart-breaking despite winning a case.

With the guidance of a skilled attorney for Medical Malpractice Cases, you can have the peace of mind that comes with knowing that we’ll make it look easy.

For more information on Medical Malpractice Law in Florida, a free initial consultation is your next best step. Get the information and legal answers you are seeking by calling (904) 351-0945 today.